Changes on BIBA’s board 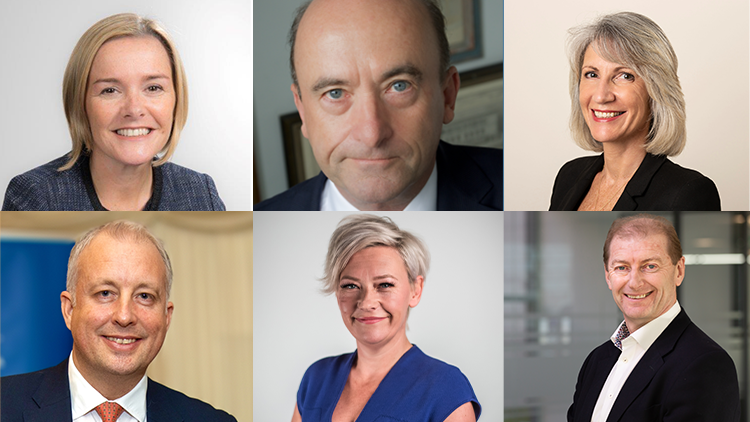 The British Insurance Brokers’ Association (BIBA) has announced changes to its main Board which largely consists of members who serve for a maximum term of six years on the board and as chair of one of the association’s advisory boards.1

The governance structure of BIBA,2 which sought successfully to bring its operation into the hands of its members, was created after Steve White was appointed CEO in 2013. A number of members have sat on the board from its beginning and have reached the end of their maximum term, bringing about changes that take effect from 5 May 2020.

BIBA Chair, Jonathan Evans said: “Over the last seven years having a structure that allows BIBA to be run by members for members has contributed to our effectiveness. Having various members on our Board gives us the opportunity to understand where best to focus our resources. I am immensely grateful to those brokers who have helped steer us for the last six years and wish them continued success. We welcome the new board members and the contributions and indeed challenges they will bring to help BIBA navigate the coming years.”

Paul Dickson CEO of Innovation Broking takes up the position of Chair of the Smaller Brokers Advisory Board, with Karen Weir of Weir Insurance as his Deputy Chair. Both are appointed to the BIBA Board in place of Andrew Gibbons of Mason Owen and Ashley Rogoff of Ashley Page.

Dickson has more than 40 years insurance broking experience in Lloyd’s and in the provincial market. He launched Innovation Broking in 2015 and is also Chair of broker network group TechAssure. Weir has experience in both insurer and broking sectors and is MD of family business Weir Insurance in Northumberland, as well as an active member of the local CII.

Both will bring a wealth of insurance to the smaller broker advisory board and will ably represent smaller broker interests in developing the direction of BIBA. Paul Dickson will also Chair BIBA’s Finance Committee.

Dickson said: “Brokers with under 100 employees make up the bulk of BIBA’s 1,800 member firms. BIBA supports those firms by taking up the issues that matter to them, from regulation, to flood re, to professional indemnity cover for the construction sector. And in today’s exceptionally challenging times the role of BIBA is as important as ever. I will do all I can to support BIBA’s continued effectiveness.”

Weir added: “I am looking forward to continuing to work with BIBA and help represent the hundreds of smaller brokers in the UK who operate at the ‘coalface’ of serving UK businesses. I’m delighted to be an active part of the work BIBA does for members.”

To represent the interests of larger brokers, Carl Evans, Group Chief Executive at Griffiths & Armour takes over from Peter Blanc of Aston Lark to lead the Larger Brokers’ Advisory Board. Evans has spent his insurance career at Griffiths & Armour and is a passionate client advocate with an in-depth understanding of their commercial risk. This understanding of risk could not be more appropriate as the sector faces its current serious challenges.

Evans said about his appointment: “I’m delighted and flattered to be asked to Chair the Larger Brokers’ Advisory Board, and to join the BIBA Board. My career background is in Professional Indemnity Insurance, and my focus has always been to best understand professional risk, and the best practice standards that minimise risk and on providing the best possible support when things go wrong. I’m looking forward to using my personal experience for the benefit of BIBA and its members.”

Jane Kielty, Managing Director of Aon’s UK retail business has recently taken over from Paul Anscombe of Seventeen Group at the helm of BIBA’s Insurance Brokers’ Standard Council and joins the Board.  Jane is a great advocate of careers in broking and was recognised early in her career winning BIBA’s Young Broker of the Year in 2003 and more recently as Business Insurance EMEA Women to watch.

She commented “I am delighted to be joining the BIBA Board and will do everything in my power to help to raise the profile, standards and value of brokers as well as trying to make sure that we provide the voice and support that smaller brokers need to ensure we preserve the diversity of strength and expertise that we have within our profession.”

Chris Rolland Group CEO of travel insurance specialist, AllClear takes the chair of the Networks and MGA Advisory Board from Tim Ryan of Ryans Insurance. Chris has worked with BIBA over many years as a member, a successful scheme provider and a passionate campaigner for better access to insurance. He joined AllClear in 2017 and has worked in financial services for over 20 years.

Of his appointment Rolland said: “I have long admired BIBA’s work representing brokers’ best interests. I’ve worked closely with them on many areas. Specifically in respect to improving access to travel insurance for those with medical conditions in response to the FCA’s call which will result in a real difference. I am both honoured and delighted to be asked to join the BIBA Board. I’m particularly energised to help raise the profile of brokers and BIBA’s other important campaigning issues.”

BIBA has also made an internal appointment to the Board. Lindsay Campbell who has more than 20 years’ experience managing BIBA’s annual conference and exhibition while in the role of Executive Assistant and Company Secretary, takes up a new role of Conference Director a main Board position.

Steve White said: “Lindsay makes an outstanding contribution to BIBA. Her appointment to the Board comes as she calls on her vast experience to take on operational responsibility for our annual conference.”

Campbell concluded: “Our members are at the heart of everything we do at BIBA and I’m very looking forward to being able to impart some of the knowledge I have built up over the last twenty years to help represent members’ interests.”

Photography is available on request

Lindsay joined BIBA in February 2000 as Executive Assistant to the Chief Executive, with additional responsibility for coordinating BIBA’s national conference and exhibition.  Following a short period of relocation to Edinburgh, Lindsay returned to BIBA in January 2003 where she continued in her former role.  She became Company Secretary in July 2008.  Lindsay was promoted to her present position of Conference Director in December 2019 with responsibility for overseeing BIBA’s in-house Conference Department.

Starting his insurance career at CIN Properties, Paul moved to Lloyd’s brokers Towry Law in 1977 and became director of the company’s southern region commercial division before leaving 10 years later to start his own company. Paul founded Dickson Insurance Brokers in 1986 which he eventually sold to Giles Insurance in 2008. Paul was Regional Managing Director for the London and south region at Giles until its sale to Arthur J. Gallagher in 2013. He left Gallagher’s in 2014 and co-founded Innovation Broking in 2015. He is an FCII and has sat on various BIBA committees. Paul created one of the UK’s first cyber liability policies in 2000, the award winning “Insuranc-e” and for 11 years he was the principal general insurance contributor to the Daily Mail on Sunday’s “Ask the Experts” column. Paul is also Chair of broker network group TechAssure.

Carl retains personal involvement with a number of key clients, ranging from consulting engineers, architects and construction consultants, to solicitors and multi-disciplinary plc service providers. Carl has been at the forefront of pioneering and innovative insurance programme design including the first approved PI scheme for Approved Inspectors and our BIBA accredited PI scheme for insurance brokers.

A passionate client advocate, Carl has always enjoyed supporting and advising remarkable clients through an in-depth understanding of their commercial risk. This support also extends to assisting professional bodies and trade associations, liaising on Government consultation and lobbying and working with BIBA on a range of current issues of the day, including Covid – 19, the crisis with Cladding and Fire Engineering.

Jane joined Aon in 2005 and has 20 years’ experience in the broking and risk management industry. During her time at Aon, Jane has built her career moving from being a Client Management Director in Aon’s Manchester office, through a number of leadership roles to become Managing Director of the UK Retail business.  Jane is responsible for around 1000 colleagues across 22 offices delivering risk and insurance solutions to clients range from large Corporates to SMEs and private clients.  Jane is actively involved with clients herself across all of the segments of Aon’s UK business and is a director of a number of Aon subsidiary companies.  Jane holds a law degree and is a Chartered Insurance Broker, Chair of BIBA’s Professional Standards Committee and is a former Regional Chair of BIBA.

With over 20 years Financial Services experience Chris joined AllClear as CEO in December 2017. Previously he worked in leadership roles for American Express, Legal & General, Staysure, BUPA and LV=. He holds an MBA, BA Hons Economics and qualifications from the Chartered Institute of Insurance. He believes passionately in high customer ethics and has grown businesses winning various industry awards. He lives with his wife and two children in Surrey and enjoys cycling, scuba-diving and travelling in his spare time.

Karen Weir MD, Weir Insurance
I started my career in 1989 at Norwich Union in Newcastle in their Accounts & Agency department.

I stayed with Aviva moving to Norwich, and I helped deliver their systems training across their UK claims centres. I left the company in 1999, following my heart and returned back to the North East where I ‘crossed over to the other side’ and became a commercial broker with a family business which had been trading since 1972, in Blyth Northumberland.

My husband & I bought the business from his parents in 2002, along with another couple of broker acquisitions. 3 teenage children later, I am now MD of Weir Insurance and run it with my husband and literally the best colleagues in the world. We are a ‘family’ of 14 staff with an income of just under £1M, serving mainly commercial clients, with 15% of the business still in personal lines.

I had the honour to serve as President of Newcastle CII Local Institute in 2008-2009 and was awarded a “Distinguished Service Award” from CII 2014.

About the British Insurance Brokers’ Association