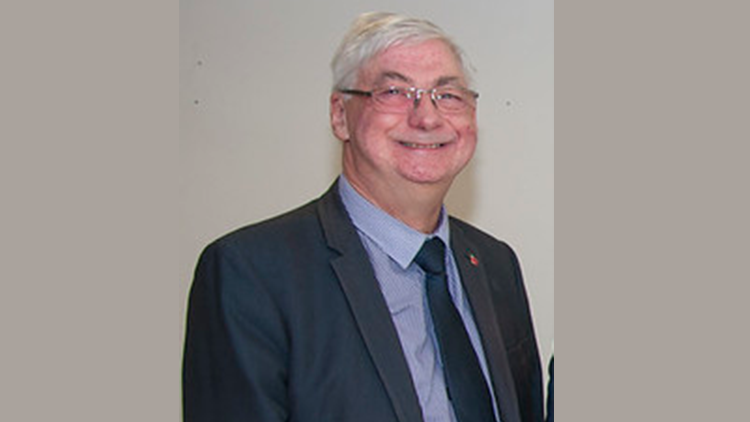 It is with great sadness that we have to inform you that the Chair of the BIBA Motor Committee Keith Frampton has passed away. Keith served the insurance broking industry for more than 40 years and, in particular, he worked tirelessly to provide vital insurance protection to members of HM Forces. He was a lovely man and an enthusiastic supporter of BIBA and will be hugely missed.

I first knew Keith when I started at BIBA back in 2001 when he was on our East Midlands Committee later serving as regional Chair. Keith joined the BIBA Motor Committee and became its chair in 2017. He also  represented BIBA on the Ministry of Defence Financial Services Steering Group.

In 2016 I had the honour joining him on a trip to 10 Downing Street to meet the then Prime Minister David Cameron where we had a lengthy conversation about insurance for forces personnel and his passion for BIBA and insurance shone through.

He was a kind, approachable man and always made time for BIBA. A trusted friend and genuinely one of the nicest people I have ever had the pleasure to work with. He will be sorely missed by the BIBA team and extended BIBA family. Our thoughts and wishes are with his wife Caroline and family at this difficult time.

A summary of Keith’s successful and unique career

40 years ago, members of HM Forces had little knowledge of and limited access to adequate insurance. Keith’s whole career was about changing that for the better. Joining the Navy, Army & Air Force Institutes (Naafi) in 1976, Keith embarked upon a career which would see him travel the length and breadth of the United Kingdom (including Northern Ireland), Germany, Cyprus, Belgium and Italy to meet with Service personnel and provide special insurance products that suited their particular needs and circumstances. He was a pioneer in making sure that armed forces personnel had access to proper financial protection against the risks that faced them.

Keith lived in Germany for seven years in the 1980’s and was responsible for setting up Naafi’s Network of Financial Centres offering Services personnel a ‘one stop’ shop for all their insurance and financial needs – a much appreciated facility for the ‘Brit Services family’ stationed some 500 miles from the UK High Street.

The branch network spanned from the Dutch border right through to (and including) West Berlin at the time when that meant navigating the Berlin corridor, liaising with East German police and Russian soldiers that were positioned alongside the infamous Berlin wall.

During the time spent in Germany Keith identified a need to improve the education of Services personnel in regard to insurance requirements and the options available to them living abroad.

Liaising with the numerous Unit Commanding Officers and enlisting the support of The Royal Society for the Prevention of Accidents (ROSPA) and the Association of British Insurers (ABI) he organised the BFG Insurance Awareness Week which was simultaneously presented across all Garrisons and the RAF Stations located in Germany.

In 1989 Keith returned to the UK to replicate the services provided by the Financial Centres in Germany. This time for the benefit of Navy and RAF plus the Army personnel, who due to their location, were still some considerable distance away from the ‘High Street’ financial and insurance organisations taken for granted by civilians.

The UK operations included frequent travel to Northern Ireland to set up facilities in the Army HQ at Lisburn and the RAF base at Aldergrove. This venture also necessitated providing a service to Army personnel based at Forward Locations.

In 1999 the Services Insurance & Investment Advisory Panel (SIIAP) was launched as a joint venture between the MoD and the specialist insurance brokers working with HM Forces. Keith was appointed as the first Chair a position which he held until 2004 and again from 2008 to 2009.

One of the most significant accomplishments SIIAP was responsible for was the exemption of IPT (Insurance Premium Tax) payable by personnel in British Forces Germany. Knowing that VAT was not payable by Service personnel due to the Status of Forces Agreement, Keith represented SIIAP at a meeting with HM Customs & Excise in August 2001.  This led to a change in the way premiums were collected and a rebate of £1M from insurers who had incorrectly charged IPT on policies sold to service personnel customers.

In 2001, Keith formed TF Insurance Services a specialist broker designing tailored insurance products exclusively for HM Forces – both at home and abroad. A merger with Abacus brought about a change of name to Forces Insurance and following the launch of a number of unique policies.

In 2014 Keith was tasked by the Base Resettlement Officers in Germany with organising and delivering a roadshow of ‘unbiased insurance advice’ on the requirements for Service personnel returning to the UK after a long period of residency in Germany. The value of the ‘do’s and don’ts’ on switching insurance from Germany to UK were greatly appreciated both by the Unit commanders and their staff who attended alongside.

Due to the unique nature of HM Forces insurance problems, the experience of working for many years with foreign insurance companies and the understanding of the different rules and regulations used in other European countries, Keith makes a valuable contribution to the BIBA Motor Committee. Keith became chair in 2017. This committee plays an important role in raising standards across the industry, inputting to Government and the FCA on consultation papers and to the EU on matters such as the reform of the 3rd Motor Insurance Directive. He has been a leading industry expert on motor insurance

When BIBA was approached by the Armed Forces Covenant team to assist with identifying insurance problems associated with HM Forces, Keith was requested to represent BIBA’s interests. We could think of no better ambassador in our industry

With the knowledge amassed over many years Keith was asked by the Covenant team to sit on the Financial Services steering group.

The Financial Services steering group met regularly throughout 2015 culminating in a presentation at Number Ten and an audience with the Prime Minister in January 2016, which was attended by Keith and Graeme Trudgill, Executive Director of BIBA.

A number of proposals were put forward by Keith which BIBA and the ABI were able to put to their members for the benefit of Service personnel.

Keith changed the way insurers and their policies respond to the unique circumstances faced by armed forces personnel. Back in the early 80’s getting tailored motor insurance would have been a struggle. Thanks to Keith, various insurers now offer products that are tailored to the specific needs of Forces personnel. This has only been achieved through tireless work and selfless dedication to his goal of making things better for people who do such fantastic service on behalf of UK society. Thanks to Keith, some key financial disadvantages that once faced service personnel and their families have been solved.

I cannot think of anyone else who has accomplished so much for the better in this area and he did it with his passion and enthusiasm.