Remembering the victims of the terror attack in Borough Market 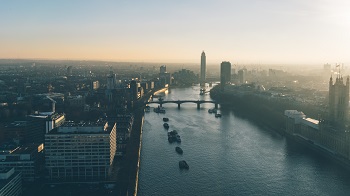 One year ago on Saturday 3 June 2017, terrorists hit the heart of our capital in an attack on London Bridge and Borough Market and our thoughts are with those affected on this tragic anniversary.

As well as the overwhelming human cost of the incidents suffered in the UK in 2017 they also severely impacted Britain’s small businesses which were unable to trade in the aftermath.

As announced by the Economic Secretary to the Treasury, John Glen earlier this year, the Government intends to legislate to allow Pool Re to extend their terrorism insurance scheme to include non-damage business interruption insurance.  We hope that the Bill to effect this change will be expedited so that businesses can benefit from wider denial of access cover.

Graeme Trudgill, BIBA Executive Director said: “The changing nature of terrorism and the events at Borough Market highlighted the need for reform in regard to terrorism cover for business interruption insurance. We are delighted that Government has agreed to extend Pool Re cover to include non-damage business interruption and we are calling for the Bill that effects this to be brought forward as soon as possible.”

Tulsi Naidu, UK CEO, Zurich Insurance added: “As terrorism evolves, so must the mechanisms which support victims. Pool Re has made great strides to bring change around business interruption, but the rest of the industry must work together to address what I believe are three core aspects. We must banish the inequality around individual victims’ compensation; build a new model to fund a uniformed compensation mechanism; and to devise a holistic approach for compensating and rehabilitating victims of terrorism – whether they are a member of the public or commercial organisation.”

Neil Coyle, MP for Bermondsey and Old Southwark the constituency in which Borough Market is situated concluded: “The devastation of last year was horrific but we came through it stronger together thanks to the effort of the local community, traders and other businesses, Southwark Council and the Mayor of London. I’ve been working closely with the insurance sector since, pushing for terror insurance reform. Whilst I’m glad the Government has belatedly agreed to close the current loophole, no legislation has come forward. I will again raise in Parliament this lackadaisical attitude to security to help ensure legislation is not delayed further.”