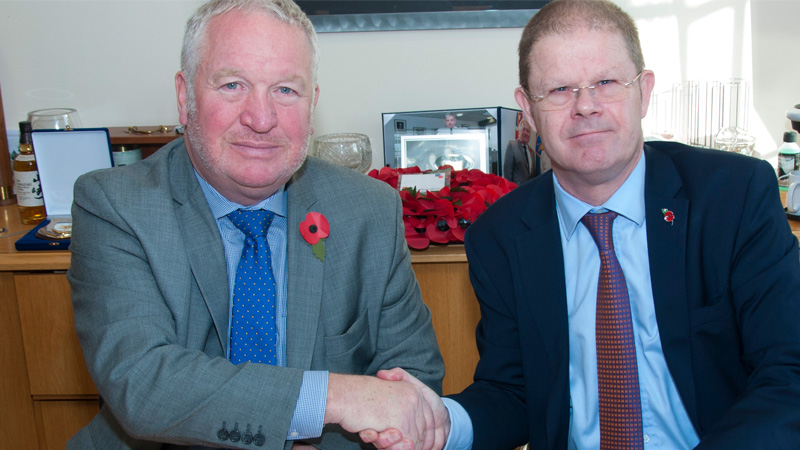 The British Insurance Brokers’ Association (BIBA) has today signed the Armed Forces Covenant – a promise that those who serve or have served, and their families, are treated fairly.  More than 1000 employers have already signed the agreement which not only demonstrates their support for the Forces community but also commits them to helping the community get a fair deal.

BIBA already has a number of members that that can commit to providing more flexibility in the insurance arrangements for members of the Armed Forces and their families and which are able to commit to:

Several BIBA members can also offer additional covers such as ‘Laid Up’ cover when personnel are on deployment, full cover when ‘on base’, business use to enable personnel to visit more than one military base for duty purposes and providing cover if personnel are based overseas.

Speaking about the landmark signing, Steve White, BIBA Chief Executive, said: “Insurance brokers are used to finding solutions and we have been working with the MOD to ensure that members of the Forces can access suitable insurance.  Signing the Armed Forces Covenant was a natural progression of the work we were doing and we are proud to formally demonstrate our support.”

Mike Penning, Minister of State for Armed Forces said: “We are particularly pleased to have this commitment from the insurance broking sector.  Armed forces personnel often have specific and changing needs and having expertise on hand to help when they want it makes their complex lives simpler.”

Graeme Trudgill, BIBA Executive Director, who sits on the MOD Financial Services Steering Group, concluded: “We are proud to be a signatory to this Covenant and to show our support for the Armed forces.  Details of our members that have insurance products specifically tailored to armed forces communities can be found at www.biba.org.uk/latest-news/insurance-brokers-respond-needs-armed-forces/ or by calling our Find-A-Broker Service on 0370 950 1790.”

BIBA members making this commitment and able to arrange cover for the services as at 25 June 2016 (other members will also have access to insurance companies able to commit to no cancellation charges and retained no claims discounts).  Check Find-A-Broker on 0370 950 1790 or at biba.org.uk .

The Armed Forces Covenant is a promise from the nation that those who serve or have served in the armed forces, and their families, are treated fairly.

The government is committed to supporting the armed forces community by working with a range of partners who have signed the covenant. The covenant is a national responsibility involving government, businesses, local authorities, charities and the public.

More information can be found at www.gov.uk/government/policies/armed-forces-covenant

4) About the British Insurance Brokers’ Association