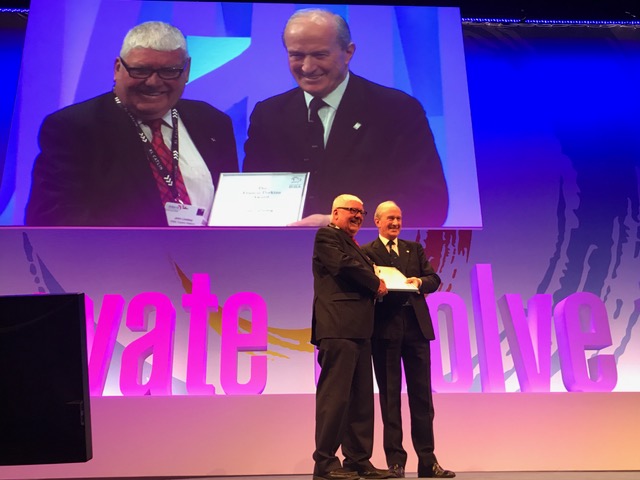 The British Insurance Brokers’ Association (BIBA) has named John Lindsay, ACII, CIP as the winner of the 2018 Francis Perkins Award.

Francis Perkins, the first chairman of BIBA, instigated the award to give recognition to members of the Association who give their time and energy for the furtherance of its causes.

The judges selected John for this year’s award due to his long standing and committed participation in BIBA. He has been on the Greater Manchester committee since 1980 and served as Regional Chair.

John joined the Manchester Liability Society in the 1970’s also serving as chairman and has received the CII 50th year membership certificate.

He continues to be an active co-opted member of BIBA’s committee today.

He said: “This year it is my great pleasure to make this prestigious award to someone whose commitment to the industry and representation on local committees, especially that of BIBA, stretching back over decades is quite incredible and an achievement worthy of the Francis Perkins award.

He remains a valued committee member providing well thought out and considered responses when his views on any particular aspect are sought. Our congratulations go to John.”

BIBA helps more than 550,000 people a year to access insurance protection through its Find a Broker service, both online and via the telephone.