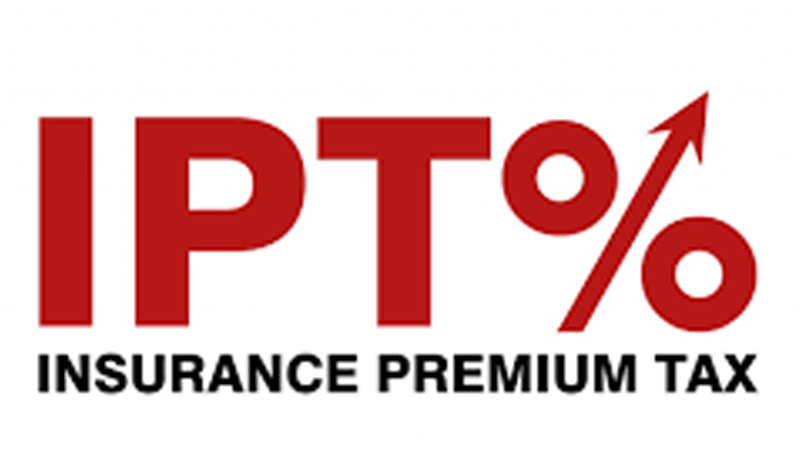 90% of insurance brokers anticipate that a further rise in the tax on insurance will mean clients reduce their insurance protection or buy no cover at all.

A survey of insurance brokers  conducted by the British Insurance Brokers’ Association(BIBA) reveals a concern that many individuals, households and businesses are likely to dramatically scale back their insurance protection if the tax on insurance increases in the forthcoming Budget 2017.

This follows the news yesterday that Government changes to personal injury awards could increase some premiums by £1,000 and an average comprehensive motor policies even rising by up to £751. Therefore any further increase in Insurance Premium Tax will be yet another hit on customers.

Insurance Premium Tax (IPT) has been collected on insurance policies sold in the UK since 1994 when the rate was 2.5%. This was raised gradually to a previous high of 6% in 2010.  In 2015 the Chancellor revisited Insurance Premium Tax and, between then and now, the amount payable to Government coffers has doubled to a rate of 12% on most types of insurance from June 2017.

In the last Autumn Statement, the Chancellor hinted that the tax paid on insurance could increase, almost doubling again.

Insurance Premium Tax is collected with insurance premiums and many individuals households and organisations will be unaware that, in the course of protecting their belongings, vehicles and businesses, they will also be contributing £7bn to Treasury with very little of it used for the improvement of insurance risks.

In the survey insurance brokers highlighted their concern that increasing Insurance Premium Tax is prompting their customers to go un-protected.  These choices mean that the treatment of Insurance Premium Tax now flies in the face of Her Majesty’s Revenue and Customs’ policy objective IPT01300 which states “that IPT should make the required contribution to UK Government revenue while minimising the effect on the take up of insurance”.

The survey revealed that more than three quarters of brokers had been forced to address the issue of increasing insurance costs with many of their customers and more than 90% felt that a further increase in Insurance Premium Tax would have a detrimental impact on customers with almost 20% believing customers would choose to go uninsured.

Steve White, BIBA Chief Executive said: “Insurance Premium Tax is regressive and penalises those who pay more for their insurance. This includes groups such as young drivers and communities in flood risk areas. For example, the tax contribution for a £1,500 young driver’s policy has increased from £90 to £180 in the last 18 months alone. With young drivers more likely to drive without insurance, any further increases are likely to have an impact on the number of uninsured drivers on the UK’s roads. This is simply not acceptable which is why in collaboration with our members, insurers and other bodies we are making clear to Government our concerns.  It is our members’ view that current policy on Insurance Premium Tax is detrimental to the take up of insurance and the more people and businesses that remind Government of this, the more difficult it will be for them to push through further increases.

“This decision today to change the discount rate for personal injury makes it even more important that the Government freezes IPT for the term of this Parliament. We advise customers to speak to their insurance broker about the costs and cover of their insurance.”

Brokers are also concerned that clients do not understand the full extent of this hidden tax on every policy and are unhappy with how expensive and complicated Insurance has become.

A tax on protection and prudence

Insurance Premium Tax penalises those people and businesses that seek peace of mind and the ability to restart if the worst happens.

White added: “Insurance allows people and businesses to take responsibility for themselves and their assets, and will reduce the burden on the state should things go wrong.  It is doubly troubling that if the Government must levy an Insurance Premium Tax, that it is unrecoverable and creates a massive direct cost to businesses.”

BIBA, along with the AA and Federation of Small Businesses  is calling on Government not to make further increases in Insurance Premium Tax.  BIBA has created a letter for any homeowners, drivers or businesses that are also concerned about this tax to use to write to their MPs and this is available at www.biba.org.uk or via an insurance broker.

MP Craig Tracey added: “There are many pressures on households and businesses and any increases in expenditure can hit them hard. The rate of Insurance Premium Tax has been raised in consecutive budgets and most people and organisations would welcome maintaining the status quo.”

Mike Cherry, National Chairman Federation of Small Businesses, commented: “We are concerned that the steep rise in IPT announced at the end of last year will affect those small businesses who already struggle to find affordable car, premises, liability and flood insurance.  The tax has now doubled in the last 18 months, and has become a significant cash cow for the Treasury.

Edmund King, AA president said: “If the Chancellor is thinking about increasing IPT again in his budget, he must think again.

“Motor insurance is not an optional extra so hiked costs will particularly affect people who can least afford it. The young, the elderly and those in inner city areas, where premiums are particularly high, will be hit. Some will simply attempt to drive without cover whilst parents are more likely to attempt to ‘front’ policies.  Our own research shows that nearly half (49%) of drivers think it is acceptable to ‘front’ the policy of a young driver to reduce the cost of cover while an alarming 1% say they won’t insure at all.

“The Chancellor will be acting irresponsibly if he even thinks about yet another IPT hike.”

Mr Dearsley is keen to support BIBA’s call for a freeze on IPT and is willing to speak to the media and act as a case study.
Contact details      available upon request.

4.   About the British Insurance Brokers’ Association