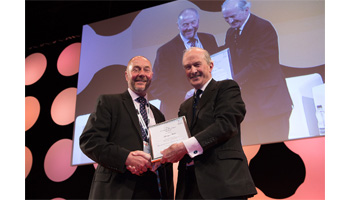 The British Insurance Brokers’ Association (BIBA) has named George Nicol as the winner of the 2017 Francis Perkins Award.

Francis Perkins, the first chairman of BIBA, instigated the award to give recognition to members of the Association who give their time and energy for the furtherance of its causes.

The judges named George Nicol winner of this year’s award due to his long standing and committed participation in BIBA over many years, at both regional and national committee level.

George served for many years on the Motor Panel providing invaluable support and guidance and in 2014 in a unanimous vote he was elected Chair.

He served more than two years as Chair and managed discussions, presentations and events in what was a period of great change for insurance and particularly motor insurance.

Lord Hunt said: ” This year it is my great pleasure to make this prestigious award to someone who served on the BIBA Motor Committee since 27th April 2005, going above and beyond what was required of him, including giving evidence to the Competition and Markets Authority and overseeing numerous Government consultations and submissions. Our congratulations go to George.”