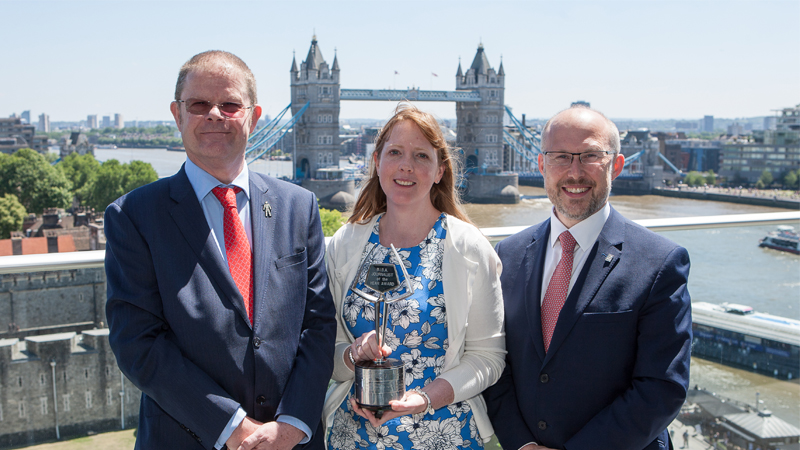 The British Insurance Brokers’ Association (BIBA) has named Stephanie Denton from Insurance Post as the 2018 BIBA Journalist of the Year.

The awards showcase journalists who have made a contribution to furthering the understanding of what can often be highly complex insurance issues. National, regional and trade journalists are eligible to enter their work in a number of categories in the competition.

Steve White, BIBA’s Chief Executive, acknowledged Stephanie’s passion for the insurance industry.  He said: “To say that she has a thorough understanding of the industry would be an understatement. She has written on general insurance for 14 years and achieved a significant amount.”

Speaking about her winning entry the judge said “A strong in-depth piece that posted some challenging and topical questions.”

White continued: “I would like to congratulate Stephanie and all of the journalists who were shortlisted.”

A full list of winners and highly commended journalists from this year’s BIBA Journalist of the Year Awards follows:

Judges
The awards are judged independently by the following industry panel:

BIBA helps more than 550,000 people a year to access insurance protection through its Find a Broker service, both online and via the telephone.