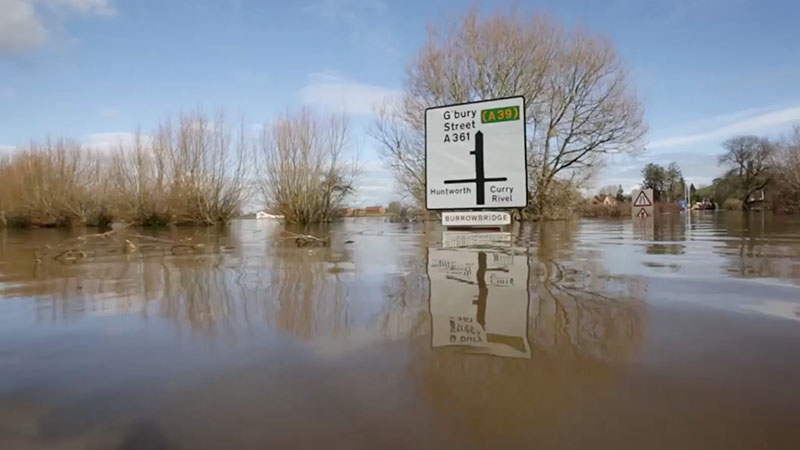 Following the recent flooding in the north of England, the British Insurance Brokers’ Association (BIBA) has called upon the future Government to confirm that it will continue with its commitment to ring-fence money collected through insurance premium tax (IPT) for flood defence spending.

Graeme Trudgill, Executive Director of BIBA, said: “In 2016, the rate of IPT included on every home insurance policy increased from 9.5% to 10%, and Government said that this increase would be ring-fenced to pay for flood defence and resilience measures.
“With a whole host of spending commitments made by each of the major parties already in this election campaign, it is vital that this earmarked pot of money is not absorbed into general Government revenues and spent in other areas.

“The devastating effects of flooding upon both individuals and communities are clear, and our members help them recover and rebuild when the worst happens. Brokers tell us how important the protection afforded by flood defences is to their customers and to the wider economy.
“Defences save the UK around £1.1bn each year in flood prevention* and aside from the considerable human importance defences offer, they represent excellent value for money.”

Notes for Editors
• Insurance premium tax, or IPT, is a tax paid upon insurance premium. The current rate is 12% for most classes of personal insurance, excluding travel insurance. The most recent increase in rate was in 2017.

• The Government committed to investing £2.5 billion in capital funding for flood defences for the period 2015-16 to 2020-21, stating that the six year investment would protect a further 300,000 properties and reduce flood risk by 5 per cent. Previously funding was allocated on an annual basis only. Revenue funding is allocated for a one-year period only, however maintenance funding was protected by the 2015 Government in real terms at the 2015/16 level (£171 million) and budgets were allocated for each year up to 2019/20, totalling about £1 billion. (https://researchbriefings.parliament.uk/ResearchBriefing/Summary/CBP-7514)

• Around 5.4 million properties in England are at risk of flooding from rivers and the sea.

• In 2013, Government and the insurance industry launched a joint flood insurance scheme called Flood Re. Its aim is to make the flood cover part of household insurance policies more affordable and to offer cover where previously it was unavailable

o Flood defences save the UK £1.1bn/year;
o Residential properties benefit from 42% of the average annual savings of having flood defences in place;
o The more deprived 50% of the residential population benefits from 70% of the reductions in flood losses due to defences;
o Relative to the total damage floods could cause without defences, the benefits of defences are largest for more frequent, less severe flooding such as might be expected to happen once every five years. The financial impact of these less severe floods is reduced by 68% on average. https://www.abi.org.uk/news/news-articles/2019/06/inland-flood-defences-save-the-uk-1.1-billion-a-year/

• Privacy
BIBA’s privacy policy can be viewed here
If you no longer want to receive press releases from BIBA please email the Comms team.
• About the British Insurance Brokers’ Association
The British Insurance Brokers’ Association (BIBA) is the UK’s leading general insurance intermediary organisation representing the interests of insurance brokers, intermediaries and their customers.
BIBA membership includes just under 2,000 regulated firms, employing more than 100,000 staff. General insurance brokers contribute 1% of GDP to the UK economy; they arrange 67% of all general insurance with a premium totaling £66.5bn and 81% of all commercial insurance business. Insurance brokers put their customers’ interests first, providing advice, access to suitable insurance protection and risk management.
BIBA receives more than 600,000 enquiries per year to its Find Insurance services, online and via the telephone which are directed to member insurance broking firms.
BIBA is the voice of the sector advising members, the regulators, consumer bodies and other stakeholders on key insurance issues.