A letter on e-scooters from the Department for Transport 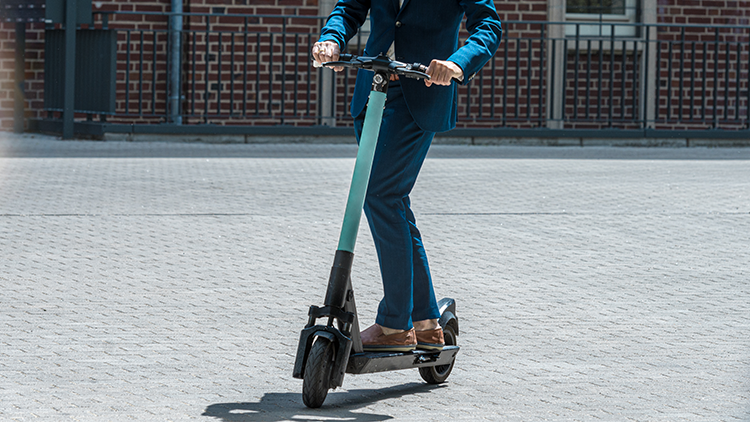 The Queen’s Speech on Tuesday 10 May 2022 announced the Government’s intention to introduce legislation on the future of transport in the new parliamentary session as part of a Transport Bill.

As you may have already heard, Baroness Vere of Norbiton added more detail to this in the House of Lords debate yesterday afternoon, outlining that one aim of the Transport Bill will be to create a new regime for regulating micromobility.

We wanted to send this update to our key stakeholders to provide more context. Further details will be announced over the coming months.

In brief, we are now able to confirm that the Government intends to create a new, low-speed, zero-emission vehicle (LZEV) category which is independent from the cycle and motor vehicle categories, covering both new vehicles that are familiar to us today, such as e-scooters, and vehicles that have yet to be invented.

New powers, to be set out in the Transport Bill, would allow the Government to decide which vehicles fall into this category in future and establish how they should be regulated to make sure that they are safe for users, pedestrians, and other road users, while still facilitating growth and innovation. The primary benefit of this is that the new framework would be more adaptable, enabling regulations to keep up with this fast-moving sector and evolving user behaviours.

What this means for e-scooters

We anticipate using the powers within the Bill to subsequently create regulations that will legalise e-scooters, but under new rules. These rules would include robust technical requirements and, most likely, a set of requirements for users.

The Bill will also propose new powers for local transport authorities to shape and manage rental operations, for pedal cycles, e-cycles, and e-scooters. The details of this scheme would again be set out in subsequent regulations.

We will consult publicly before any secondary regulations for e-scooters and the rental schemes are made. This means that no final decisions about regulations have been made, nor will they be until such point that the Transport Bill becomes law. We will be building on the helpful work already shared by PACTS (Parliamentary Advisory Council for Transport Safety), WMG (Warwick Manufacturing Group), the MCIA (Motorcycle Industry Association), UTG (Urban Transport Group) and others, and over the coming months, there will be a clear opportunity for interested parties to shape the new regime.

In the meantime, the current regulations for e-scooters still apply, and importantly private e-scooters remain illegal to use on public roads.

This week’s announcement does not mean a change to our rental trials. The trials will continue to run until 30 November 2022. No decision has been made about what will happen to trials after that date.

We hope this update is helpful and recognise that, while this week’s announcement is a significant milestone, there is still much uncertainty around details and timescales. We are grateful for your understanding and look forward to working with you in the months ahead as we iron out these remaining details, to create a safer, clearer, and more adaptable framework for micromobility in the long term.