View all BIBA campaigning issues
Back to top
Find Insurance

BIBA works for its members and their customers and this means that on members’ behalf we monitor legal, legislative, regulatory and other external changes that impact the way insurance brokers trade and provide input and guidance as necessary.

In 2015 BIBA produced a guide to the Insurance Act for its members. A new guide  – Implementing the Insurance Act – is now available and will help members to incorporate this biggest change in insurance law since 1906 into their operating practice.

BIBA is committed to working with the Insurance Fraud Bureau (IFB) to help reduce the cost of insurance fraud.

Protecting businesses from the costs of riots

The Home Office review of the Riot (Damages) Act 1886 contains both positives and negatives for businesses.

BIBA is pleased with many improvements being suggested by the consultation including the proposals about recognising riot areas, longer deadlines for making a claim, interim payment proposals and the discussion about new for old cover instead of indemnity. 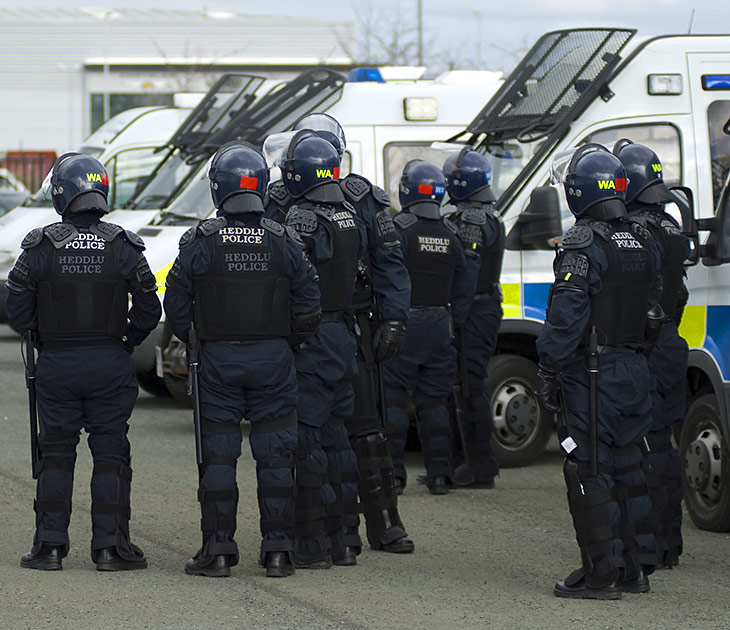 However, there are areas where we are concerned for customers; for example the proposed cap on claiming compensation and not being able to recover an excess. The Home Office should not introduce a requirement that only businesses with a turnover of less than £2 million are eligible to claim. BIBA believes that any cut off should be based on a financial claim limit and that this Act should continue to protect all sizes of business.

BIBA believes the aim of the Act is to ensure that those that have suffered losses can receive compensation to enable them to be put back into a similar position as before the claim occurred. We cannot see a case for discriminating against different businesses just because of a blunt instrument like the size of their turnover.

BIBA does not believe the decision on whether the activity is a riot should lie with the Police and Crime Commissioner (PCC) as this is a fundamental conflict of interest. It should instead rest with a separate panel of independent officials which should be consulted upon. This is following the problems experienced in 2011 where some police forces and MPs would not acknowledge the events were a riot, making it a very difficult situation for many victims.

The responsibility on the police to keep the peace remains the same and the need for compensation is no less. We do not believe that PCCs should have this power. An independent panel would therefore avoid any conflict of interest.

View all news on the Latest page 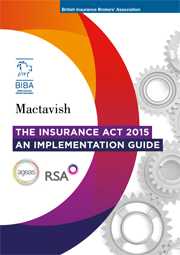 It should lead to fairer outcomes for customers and we were pleased to play our part in assisting its passage through the Houses of Parliament. Brokers can use our guides to help bring their staff up to speed on the operational changes they may need to consider. We have also written it from a customer perspective so that brokers can help support customers in understanding their new duties. 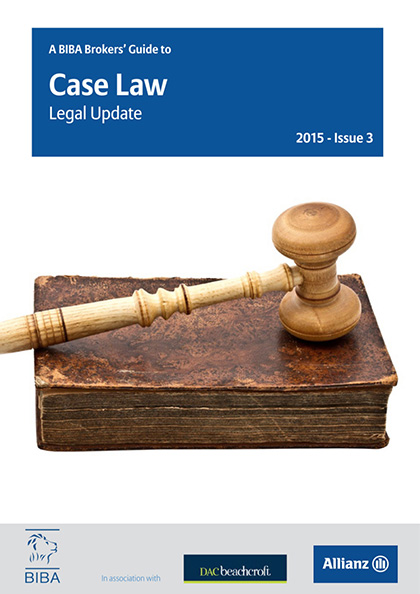 A summary of a selection of major recent court cases touching our industry and the high profile issues that brokers need to be aware of. These cases also give valuable reminders on our duties to clients, from helping them to select the best business interruption cover for their business, to ensuring our own systems and controls are operating at the levels our clients deserve and the regulator demands. 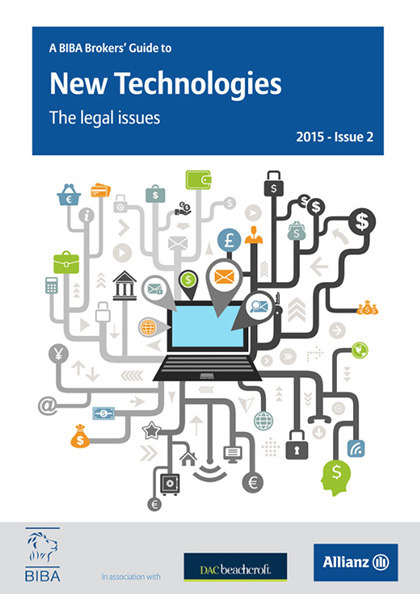 We have collected for you some of the key innovations which are either emerging now or will soon be with us. Some of these will directly impact how you run your businesses, such as ‘Big Data’, drones and telematics.

Others are technologies which will change the way your clients do business, and the risks you have to help them manage, such as 3D printers, driverless cars, and space travel and satellites. Some will do both. 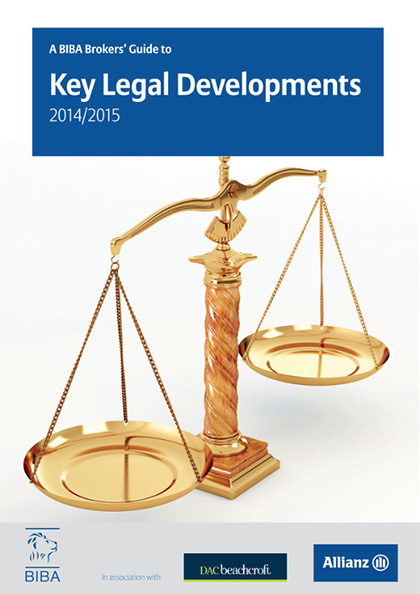 A BIBA Brokers’ Guide To Client Terms Of Business Agreements 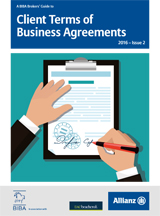 This supplement focuses on the importance of client Terms of Business Agreements (TOBAs) and the articles form a basic framework and series of checklists, to identify the key considerations for reviewing and assessing your own client TOBAs.|

A BIBA’s Broker Guide To Financial And Speciality Insurance 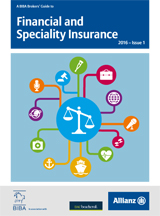 This supplement provides thought-provoking pieces on different types of insurance cover – some you may be familiar with, others perhaps less so – and which may prompt further discussion with
your clients.

A BIBA’s Brokers’ Guide to Fraud 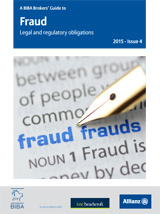 This supplement covers the insurance fraud landscape and what you need to do to meet your legal and regulatory obligations.

A BIBA’s Brokers’ Guide to The General Data Protection Regulation 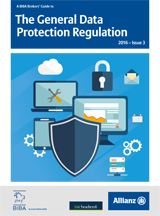 Earlier this year, the General Data Protection Regulation (GDPR), (Regulation (EU) 2016/679 of the European Parliament and of the Council of 27 April 2016 on  the protection of natural persons with regard to the processing of personal data) was published in the Official Journal. On 25 May 2018 we will all be obliged to comply with this Regulation which replaces the UK Data Protection Act 1998.

No matter when or if we Brexit, it will be after the GDPR becomes law in the UK.

A BIBA Brokers' guide to Insuring the Sharing Economy 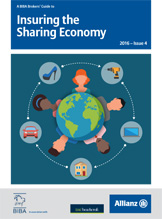 As predicted in our first guide to the Sharing Economy, published in 2014, this sector has grown exponentially. Gross revenue in the EU from collaborative Platforms and providers was estimated to be €28bn in 20151 and estimated to be worth $335bn globally by 20252 – so it seems timely to look at this topic again. 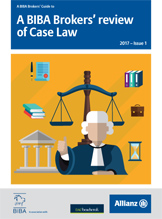 In our first supplement of 2017 we wanted to reflect on some of the important court decisions from the last 18 months, providing commentary and analysis on the outcomes and the key issues that impact us as brokers. Keeping up-to-date with legal developments is critical to managing risk and planning the future for your business, and the concise summaries given in this supplement will, I hope, help you towards achieving those objectives.

A BIBA Brokers’ Guide to the Brokers’ Role in Claims 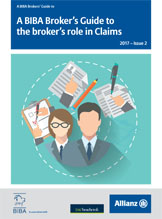 Though fundamental, placing and renewing
insurance policies is only one element of a broker’s role. Brokers will frequently be involved in the claims process on behalf of customers and it is a real opportunity to add value to the service they provide – the claims process is, after all, the point at which customers find out if the product they have bought will perform as expected. In this  supplement we are therefore focusing on claims.  We have included articles on the critical subject of notification of claims and w also cover areas where brokers really can add value: claims preparation and the assistance a broker.

A BIBA Brokers' Guide to InsureTech 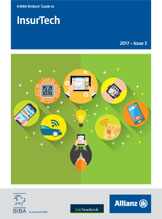 Sitting, as we are, in the midst of the fourth industrial revolution,
emerging technologies are enabling businesses and customers to deal
with each other more swiftly and conveniently in a more connected
world. This latest supplement examines their effect on our sector. 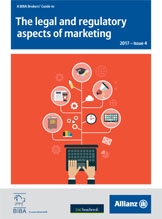 Many of our members will recall the time that much of their business came from recommendation and referral and indeed a proportion of business is still transacted in this way.But brokers operate in a highly competitive market and considerable effort has to be made to attract and keep clients. In this final legal supplement of 2017 we look at the legal aspects of marketing and financial promotion.

A BIBA Brokers' Guide to Construction Risk and Opportunities 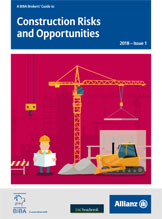 Our first supplement of 2018 examines the complex world of construction risks and provides food for thought about the insurance needs of this sector.

A BIBA Brokers' Guide to The Future of Motor Insurance 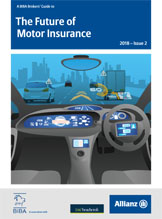 This edition focuses on motor insurance with some insightful opinions on what is changing in this sector. There is no denying that the pace of technological change is impacting the motor insurance sector and has been for some time. This supplement takes a look at road safety developments and anticipated innovations affecting motor risks.

See our guide for MP’s here

A broker’s guide to supplying data -

This guide is intended for brokers, managing general agents and delegated authorities and explains the information that needs to be collected and supplied to ensure a consistent approach from the broker market.

Environmental Risks: insured or not?

This document has been produced by the ABI and BIBA to assist members in their handling of a particular matter.

Further information in the technical update

If you need travel insurance and have serious medical conditions find one of our specialist providers.

Whatever type of insurance you need to find, BIBA can connect you with a broker who can help. Please access the online search below or call our Find Insurance Service on 0370 950 1790.