View all BIBA campaigning issues
Back to top
Find Insurance
Home / Blog / Up The Amazon Without A Paddle!

Up the Amazon without a paddle! 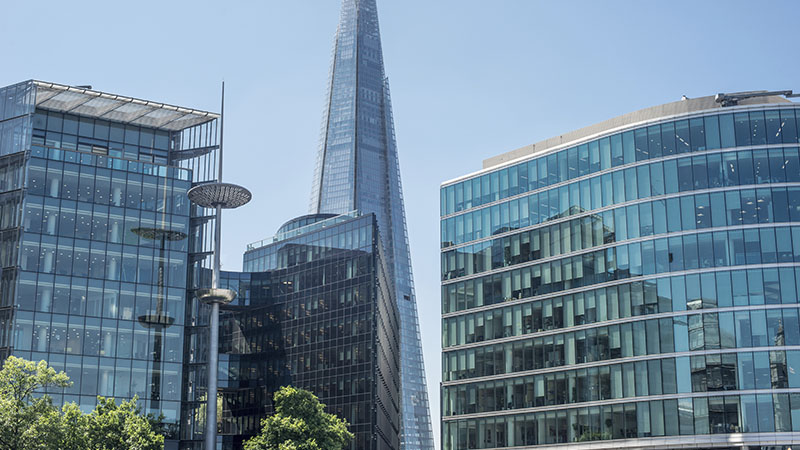 Andy Thornley, BIBA Head of Corporate Affairs and innovation lead considers what to make of  the rumours about the market-place giant entering the insurance industry

It was recently announced that the premise behind Tomorrow’s World was going to make a come-back. For those who haven’t heard of it, it was a weekly BBC programme featuring the type of technology that was predicted to improve our lives. As a kid growing up in Liverpool who loved tech and learnt the BASIC coding language on BBC Micro computers, I was a fan.

Who can forget the episode where Kieran Prendiville demonstrated how indestructible compact discs were by smearing strawberry jam on a Bee Gees album. No offence Barry, Robin and Maurice, but it was a waste of good jam if you ask me.

The thing about the future though, is it never stops. There’s always a tomorrow, and in some way, it will be different to today. That was the aim of the programme, to showcase this, but it’s a message that we in the insurance broking sector should also take to heart.

With this in mind, I’m reflecting on the rumour that Amazon, the global market place firm, is eyeing up the price comparison website market as it’s point of entry in to insurance.

I think there could be both opportunities and challenges to their impending pivot to insurance and I’ll explain these below. The one thing we can’t do however, is ignore them and our industry will need to pivot in response to challengers entering insurance, as well as adapting to the behavioral economics of our customers.

A couple of editorial pieces I have read compared Amazon’s entry to insurance to that of Google. The search-engine giant entered the market with a price comparison website a few years ago, but pulled out of the market not long later. There were two key factors which led to this. The first was Google’s business model. Google sell advertising on search terms – something they call Ad Words. One of the most expensive Ad Words to purchase is the term ‘Insurance’, which on average was worth around $54.91 per click. Google were faced with the challenge of disintermediating their competitors purchasing the Ad Words, but without damaging their current business model. For once, a tech company was faced with the challenges that incumbents face when pivoting.

Secondly, Google has an enormous wealth of search data which it chose not to use for the purposes of its insurance platform. I asked a friend who is a software developer working in their Kings Cross office why this was the case, and his reply was “we’re not allowed to use search data for much; there’s still people in the upper echelons of the firm who believe in the ‘do no evil’ mantra” – which is reassuring.
So in short; Google were hamstrung by their existing business model and chose not to use their key asset: data. That’s probably behind the reason they’re now using their parent company to invest in InsurTech firms.

These challenges are why I feel comparisons to Google aren’t helpful. Whilst they are both big tech companies, Amazon have a different type of business where search terms for insurance aren’t part of their existing model and their expertise in developing a market place could be more of a threat to existing players in the personal lines sector. They may also to take a different approach with their data so my prediction is any potential proposition from Amazon has a greater chance of succeeding than Google’s.

In recent years, we’ve seen a shift to renting, rather than owning items and services – enabled by tech and inter-connectivity. Examples include Spotify and Netflix, where the paid-for service enables an all-you-can-eat service for £10 a month. Outside of the media landscape, we also see car share and rental services where you can rent cars by the minute/hour and you can even rent a dog rather than own one, something I must admit I have done (I love dogs but lack the space in a Zone 2 London flat). We continue to see a shift in behavioral economics and greater connectivity and platforms give greater scope for this to happen. Google’s autonomous vehicles is likely to operate on a basis of automobile use, rather than ownership.

Amazon’s core business model is one based around selling items in a marketplace, rather than renting them out. Recently, they have diversified in to media however, with Amazon Prime and in to the Internet of Things with Alexa. The ad campaign promoting the interactive speaker shows a dog that has snaffled all of its food and the voice from behind the camera pipes up “Alexa, buy more dog food”.
The idea is a noble one; use voice activated commands to do your shopping though their e-commerce platform. However, it’s not quite been the success it appears. Forbes magazine recently reported only 2% of Alexa owners have ever used it for shopping and of that small proportion, only 10% every used it again for repeat purchases. Perhaps this will grow in time, but the idea that the future lies in selling, rather than renting items is sure to be tested.

However; where Amazon may succeed in the insurance industry could be by linking home insurance claims fulfilment to the products they distribute and leverage the expertise in delivering a market place in to the PCW area. Without a clear picture of their strategy right now however, predicting their next move is, in all honesty, speculation. It is definitely within their interests to diversify in pivot their offering however as history is littered with firms who failed to do this and are a shadow of their former self; the case study of Nokia comes to mind.

I was chatting to a colleague not that long ago, discussing the fact that insurance tends to be sold, rather than bought. It’s primarily a grudge purchase and as much as I love our industry, searching for and comparing covers isn’t my favourite past-time.

TTechI’ve noticed that there’s been an increase recently in ‘free’ insurance being included when items are purchased. Whether this be motor insurance with when purchasing a car, free cover for three months when purchasing a bicycle, or extended warranties on electrical goods, more and more ‘cover’ is being included as a package. Insurance is indeed becoming bought, rather than sold. Add to this mix affinity schemes such as the insurance tie-in Bikmo signed with Deliveroo and there is a pattern starting to form which marks a slight shift away from traditional insurance distribution. If the Internet of Things takes off where devices around the home are interconnected, you could quite conceivably throw in insurance as part of a subscription as you’d have a significant amount of risk-profile data and means to mitigate risks that household face, such as fire, theft and escape of water.
So, if I were sat on the Tomorrows World couch and asked about insurance, I’d perhaps be talking about the way insurance needs to adapt to a changing world and changing consumer behaviors. And I probably wouldn’t be smearing jam on my Spotify playlists.